The Italian language is closest to a branch of Romance language known as Vulgar Latin. It is the third most widely spoken first language in the European Union. Italian has a total of about 64.8 million native speakers and about 3 million speakers who speak Italian as a second language. Italian is an official language in Italy, Croatia, San Marino, Slovenia, Switzerland, and the Vatican City. Italian is also widely spoken in Albania, Greece, Malta, Monaco, Montenegro, some parts of France, as well as in the former Italian East Africa and Italian North Africa regions where it plays a significant role in various sectors.

Today, Italian is a major European language. It is one of the official languages of the Organisation for Security and Cooperation in Europe and also one of the working languages of the Council of Europe. It serves as the lingua franca in the Roman Catholic hierarchy and the official language of the Sovereign Military Order of Malta. In addition, Italian has a widespread influence in the arts and musical industry where the language is mostly used in opera and music terminology. Italian was reported to be the fifth most frequently taught foreign language in the world.

History of the Italian Language

The standard Italian language has a poetic and literary origin in the writings of Tuscan writers of the 12th century. During the 13th century, writers such as Dante Alighieri (AD 1265 – 1321), Petrarch and Boccaccio were influential in popularising their own Italian dialect as a standard literary language, which was known as the Tuscan of Florence (la lingua fiorentina). Due to the political and cultural significance of Florence at the time, the Florentine dialect quickly gained prestige and by the 14th century, it was used throughout Italy. As the Tuscan-derived Italian came to be used throughout Italy, features of local speech were naturally adopted, producing various versions of regional Italian dialect. Today the Tuscan dialect is known as Italian, which is now the official language of Italy, also known as the language of the arts and the media.

There are many distinctive dialects for each city throughout Italy. The most characteristic differences, for example, between Roman Italian and Milanese Italian are the gemination of initial consonants and the pronunciation of stressed "e", and of "s" in some cases.

va bene (all right) is pronounced

[va ˈbːɛne] by a Roman and a standard Italian speaker,

[va ˈbene] by a Milanese (and by any speaker whose native dialect lies to the north of the La Spezia–Rimini Line);

a casa (at home) is pronounced

[a ˈkːasa] for Roman and a standard Italian speaker,

[a ˈkaza] for Milanese and generally northern Italians. 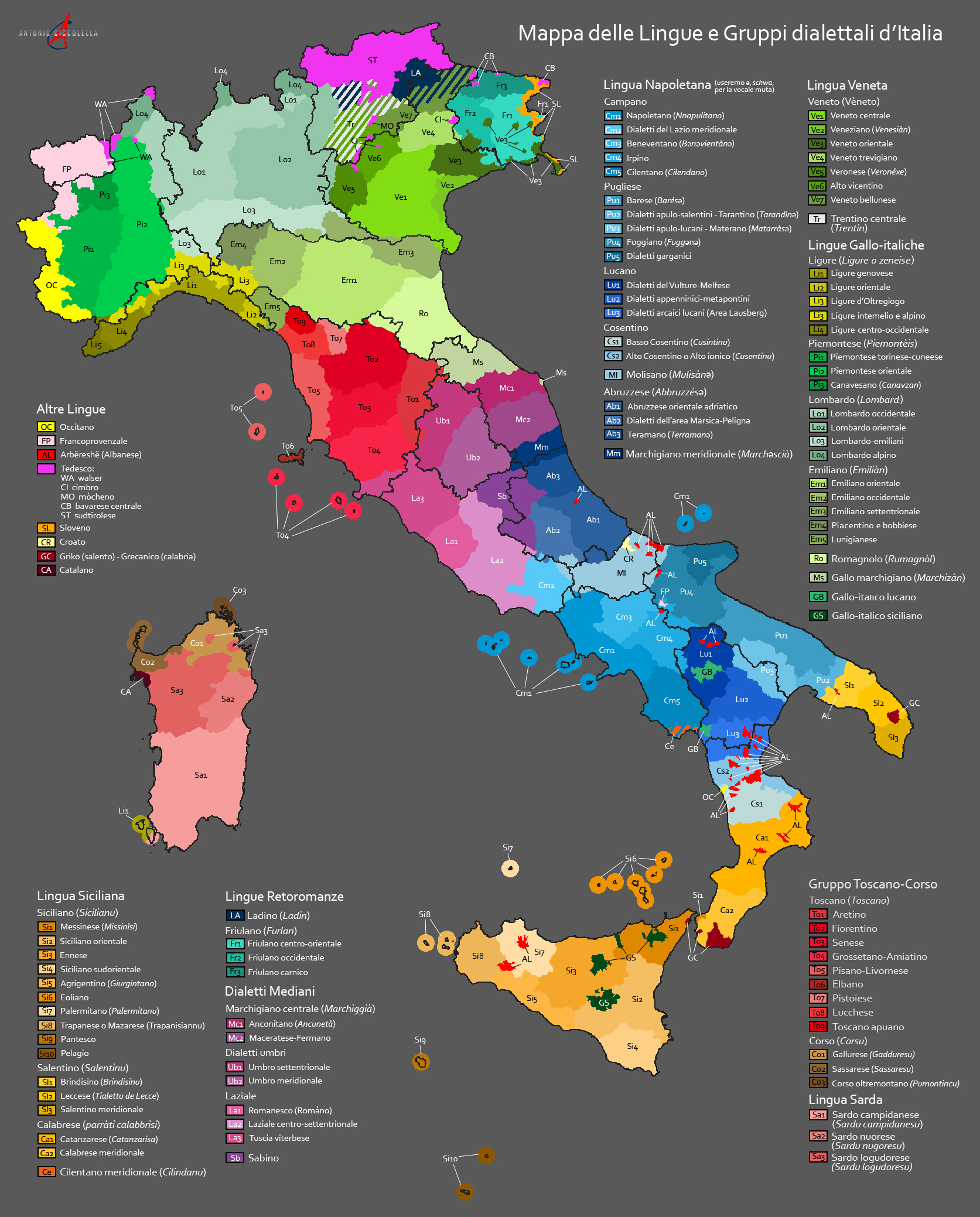 Italian alphabets are kind of similar to the ones in English because Roman letters are used due to the Roman influence since the early part of the 1st Century AD. For this, if you are an English speaker, learning Italian may not be as difficult as you think it is. However, you need to pay attention to some of the more unique pronunciations in Italian because one letter can be read in only one way, but there are also other letters which can be read in two ways. Once the rules of the Italian pronunciation are understood, it becomes fairly easier for you to read Italian and pronounce Italian words correctly.

Italian vowels may appear confusing to foreign speakers, but the good news is, Italian vowels are always articulated in a sharp and clear manner, without any stresses unlike the ones you encounter in English words. Italians pronounce their words the way it is according to the rules, just like the way it is written.

Nouns in Italian come in two different forms. They are either masculine, or feminine nouns.

Articles must agree in gender and number if they are written or spoken with the nouns.

One challenging task in learning Italian Grammar is to understand the structure of how verbs are formed. We will just focus on regular verbs on this page.